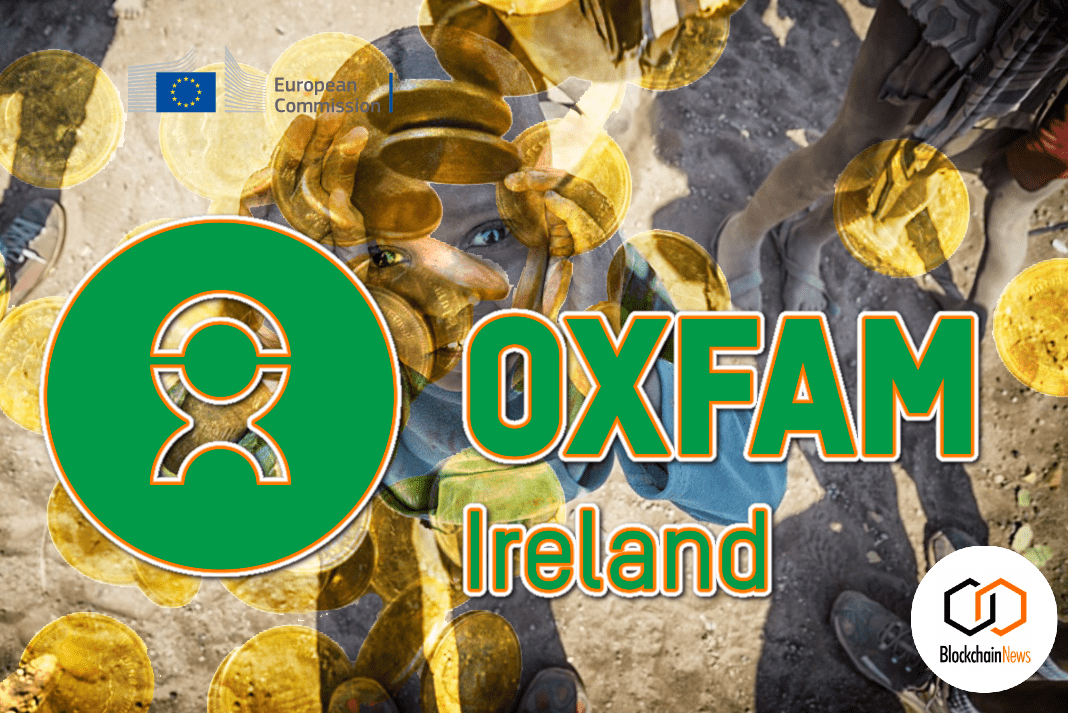 The European Commission has just gifted Oxfam Ireland with €1 million in grant funding for a pilot project that aims to deliver international aid via blockchain.

According to a report in the Irish Times by Charlie Taylor, the charity has teamed up with Australian start-up Sempo to architect a decentralised model of providing aid using blockchain to disaster victims across the world — to make it more efficient, transparent and sustainable.

The “UnBlocked Cash” project is currently undergoing a second-phase trial in Vanuatu, with more than 5,000 individuals and 100 vendors participating.

“The UnBlocked Cash innovation places disaster-affected people and their communities at the centre of decision-making related to their cash-based entitlements, and addresses the global challenge of linking institutions and individuals directly to those they want to support in ways that do not compromise transparency and accountability,” said Caroline Reid, communications co-ordinator at Oxfam Ireland.

“This solution enables the participation of informal, small and large vendors alike, in a community-based economic recovery ecosystem where vendors and recipients participate in the delivery of assistance, resulting in improved financial, economic and digital inclusion, while supporting local economies,” she added.

The new grant will allow Oxfam to scale the programme across the Pacific region to test how effective it is in meeting the needs of vulnerable groups there and to explore whether it might be of use in other areas such as sub-Saharan Africa and the Caribbean.

The solution is built on the ethereum platform and delivered in partnership with ConsenSys, a company founded by Joe Lubin, a co-founder of the blockchain technology. It uses a software platform to deliver smart vouchers to recipients who can use them to buy essential goods at local vendors.

The project has so far been able to reduce delivery times for aid to recipients by 96 per cent and cut transaction costs by 60 per cent compared to past programmes.

The Oxfam project is one of six to receive combined funding of €5 million through the European Innovation Council “blockchains for social good” prize. The council’s award aims to promote blockchain development in areas such as traceability, fair trade and financial inclusion.

Some 176 applications were received from 43 countries for the competition.

While the revolutionary potential of blockchain has been tested in the financial domain in particular, its possible applications in social domains and to address sustainability challenges have been explored far less. This is changing, however, with the United Nations among the organisations piloting projects.

Closer to home, former Irish Times Innovation Awards winners AID:Tech, a Dublin-headquartered start-up that has developed blockchain technology to distribute international aid in refugee camps, has been involved with a number of programmes. These include a partnership with the Irish Red Cross for an app that brings transparency to charitable donations.

In his 20s, he sailed around the world on small yachts and wrote a series of travel articles called, ‘The Hitchhiker’s Guide to the Seas’ travelling by hitching rides on yachts (1989) in major travel and yachting publications. He currently lives in Groningen, the Netherlands where he has set down his anchor to raise a family and write. Founder and publisher of industry publication Blockchain News (EST 2015) and director of education company Blockchain Partners (Oracle Partner) – Vancouver native Richard Kastelein is an award-winning publisher, innovation executive and entrepreneur. He has written over 2500 articles on Blockchain technology and startups at Blockchain News and has also published in Harvard Business Review, Venturebeat, Wired, The Guardian and a number of other publications.

Kastelein has an Honorary Ph.D. and is Chair Professor of Blockchain at China’s first blockchain University in Nanchang at the Jiangxi Ahead Institute software and Technology. He has over a half a decade experience judging and rewarding some 1000+ innovation projects as an EU expert for the European Commission’s SME Instrument programme as a startup assessor and as a startup judge for the UK government’s Innovate UK division. Kastelein has spoken (keynotes & panels) on Blockchain technology at over 50 events in 30+ cities.